For immediate release 5 November 2012: A cross-party inquiry into how to get Britain cycling was launched by Conservative, Labour and Liberal Democrat MPs in Westminster today.

The Inquiry – which is backed by the UK Cycling Alliance (UKCA), an umbrella group for cycling organisations – will seek the views and experiences of organisations and individuals on how the government can help get more people cycling by making it safer and easier.

Ian Austin MP said: “We’re launching this inquiry to build on the momentum created by the Times’ brilliant campaign which has given cycling safety a higher priority than ever before. It’s great that all the political parties have expressed support for the campaign, but the time has come for the government to commit to real change in the way Britain’s transport system is run to make cycling safer and get more people on their bikes.”

Julian Huppert MP said: “We have made huge headway in getting the government to support this campaign to make our cities safer for cyclists, with action from the Cycling Minister – but we need more to happen. It’s time to turn Cameron’s commitment into a year-on-year budget so that when the cycling inquiry releases its findings they can be acted on quickly and efficiently.” He continues: “Every day that goes past without action is another day a rider could be seriously injured or killed. This is not a risk any of us wants to take.”

As well as written evidence, selected contributors will be asked to talk with members of the Group in person at six evidence sessions in January.

The Inquiry will look into the full range of issues affecting cycling in the UK, including road safety, urban design and how public transport and cycling can work together better.

The Group will produce a report of the Inquiry’s findings, which will be presented to government in April 2013.

The title – ‘Get Britain Cycling’ – reflects the Group’s aims of helping to find ways to help everyone use a bike more often, from long-term, long-distance enthusiasts to those who have never ridden before being able to cycle as part of their daily routine.

Chair of Cyclenation Andre Curtis said: “Cyclenation welcomes the launch of the All Party parliamentary inquiry into cycling, which will pull together a wide range of evidence helping to develop effective strategies to increase everyday cycling across the country.”

British Cycling’s Policy and Legal director, Martin Gibbs said: “In many ways cycling is in great shape in this country; we’ve had fantastic success at the Olympics and Paralympics and in July we had the first British winner of the Tour de France. Record numbers of people are being inspired to get on their bikes but we’ve got a long way to go to make cycling as appealing and commonplace as it is in countries like Holland and Denmark. We will wholeheartedly support this cross-party initiative, which aims to ensure that all levels of government focus on achieving an ambitious increase in cycling in this country.”

Roger Geffen, Campaigns & Policy Director for CTC, the national cycling charity, said: “There is plenty of good evidence that high cycle use and good cycle safety can, and should, go hand in hand.  What we now need is action from Government to ensure that they do.  We need a massive step change in cycle use, freeing up our streets and communities to become genuinely people-friendly spaces, where people want to live, work and contribute to the local economy.  The benefits to our health, our wealth, our environment and our quality of life would be enormous.”

Jason Torrance, Policy Director at Sustrans said: “We are now witness to an unprecedented  appetite from people wanting to get on their bikes for everyday travel and the parliamentary inquiry will shine a light on the steps needed to Get Britain Cycling and make our streets safer for everyone. Government at all levels must heed the calls made at the inquiry and take urgent action to stop the death toll of cyclists on our roads and make travel by bike the preferred way to get around our towns and cities.”

This is an All Party Parliamentary Cycling Group (APPCG) press release 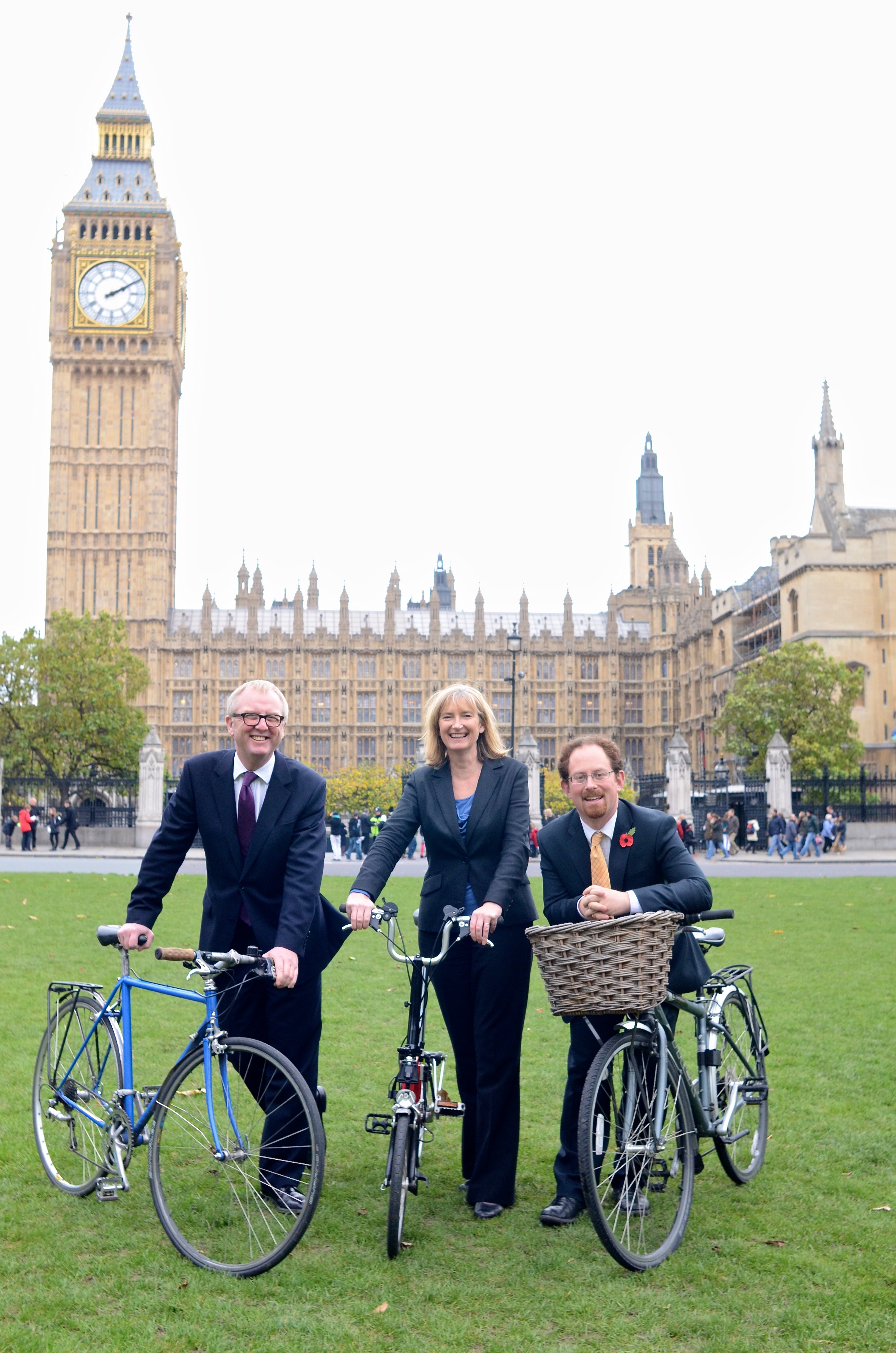