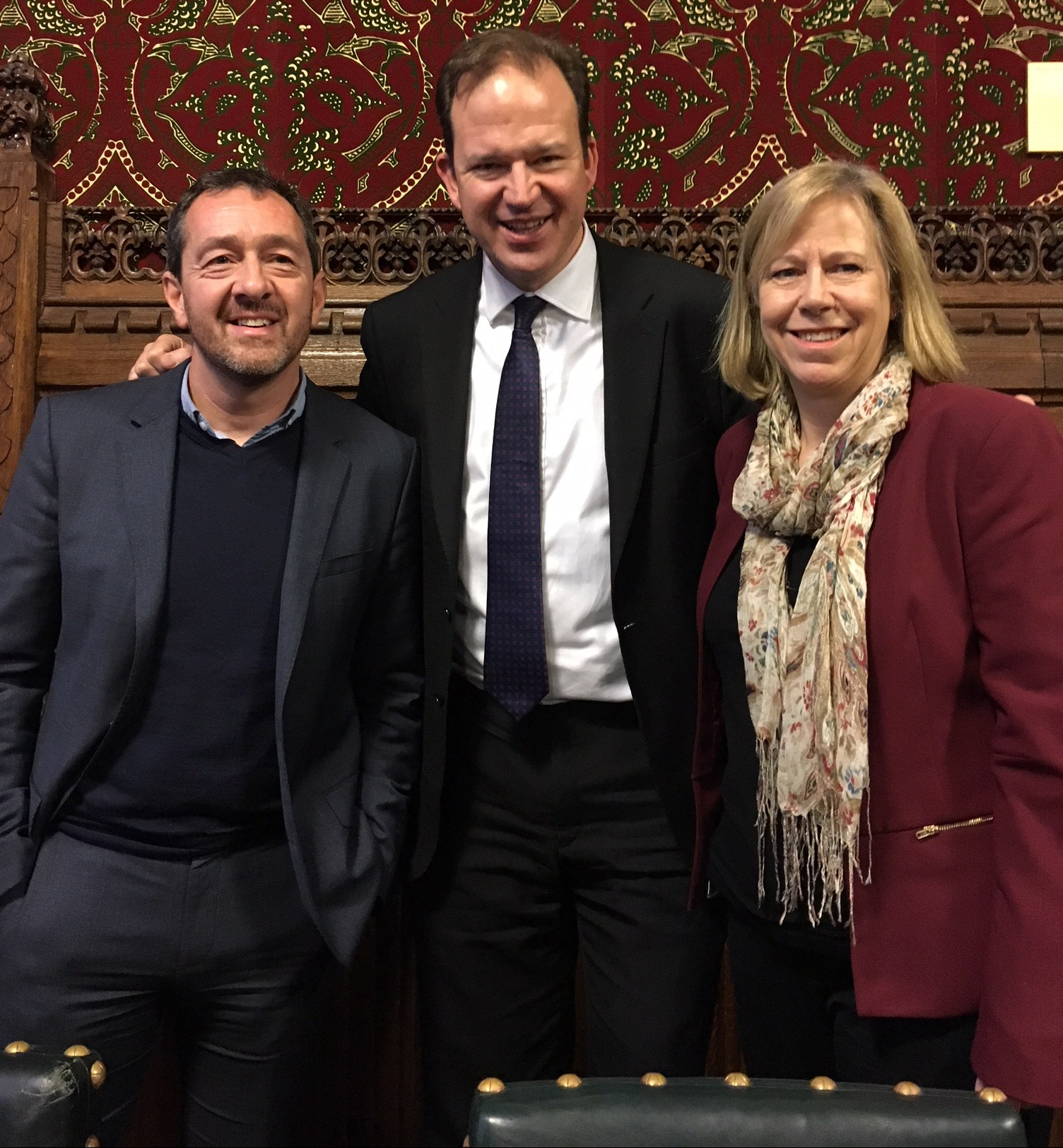 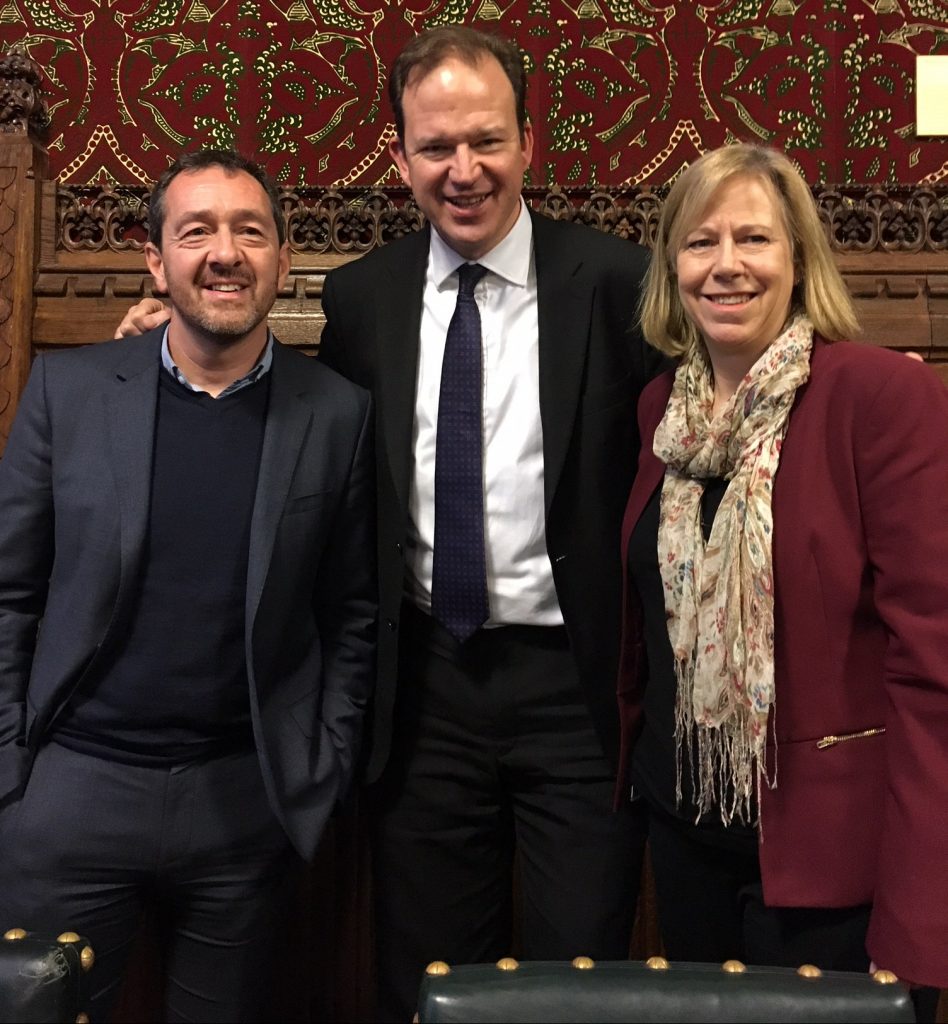 “Imagine if a team of scientists devised a drug which massively reduced people’s chances of developing cancer or heart disease, cutting their overall likelihood of dying early by 40%. This would be front page news worldwide, a Nobel Prize as good as in the post.”

“That drug is already here, albeit administered in a slightly different way: it’s called cycling to work.”

That was a quote from Peter Walker’s article in The Guardian, last September, quoting latest research.

Although Peter encapsulated it well, similar messaging sits in the Greater Manchester Transport Strategy 2040. In this, Greater Manchester leaders identified the main causes of harm to their conurbation: preventable poor health, congestion, pollution – harms with costs attached that are only going to increase without meaningful change.

We all know that changing the way we move about is the most effective – and ultimately the cheapest – way to tackle those problems. So what exactly do we need to do to achieve meaningful change in the way we travel?

In June last year, the Mayor of Greater Manchester Andy Burnham tasked me with finding the answer to that very question. I spent 3 months doing just that, and the result is this: our Made to Move report.

Over the course of those consultations I had several eureka moments, the first of which was when I saw how we had been approaching cycling infrastructure to date. We had, understandably, assumed that these facilities were for cyclists. In fact, cyclists are the last people we need to talk to. For cycling infrastructure to be effective, we don’t need the 2% that already ride to use it; we need the people who currently drive to use it.

Which led to the next logical question: what would make the people who currently drive want to change?

The answer is very simple. They want alternatives that are easy, attractive and safe.

If the alternative to driving is not all of these three things, then why would I get out of my car?

I am labouring this point, because any transport related investment you plan to make should face that very question. Is it easy, attractive and safe? If not, we may as well give the money straight to the NHS and the EU to pay our share of the air quality fines that are surely coming over the hill.

Firstly, for bikes, whatever we build must be usable and want to be used by a competent 12- year-old. That’s it; simple but also scarily definable.

This is because this benchmark, that would make a 12-year-old want to use it and their parents allow them to use it, is the same as that which is also needed by: somebody who

hasn’t ridden since childhood, somebody taking their kids to school, a pensioner, somebody lacking in confidence and all of the people who currently drive journeys of less than one kilometre – a staggering 30% of all journeys under 1km are driven. That’s some potential.

The second principle is for walking, because although I come from the world of cycling and this is the All Party Parliamentary Cycling Group, I am Cycling and Walking Commissioner; a combination I asked for. They are natural partners. 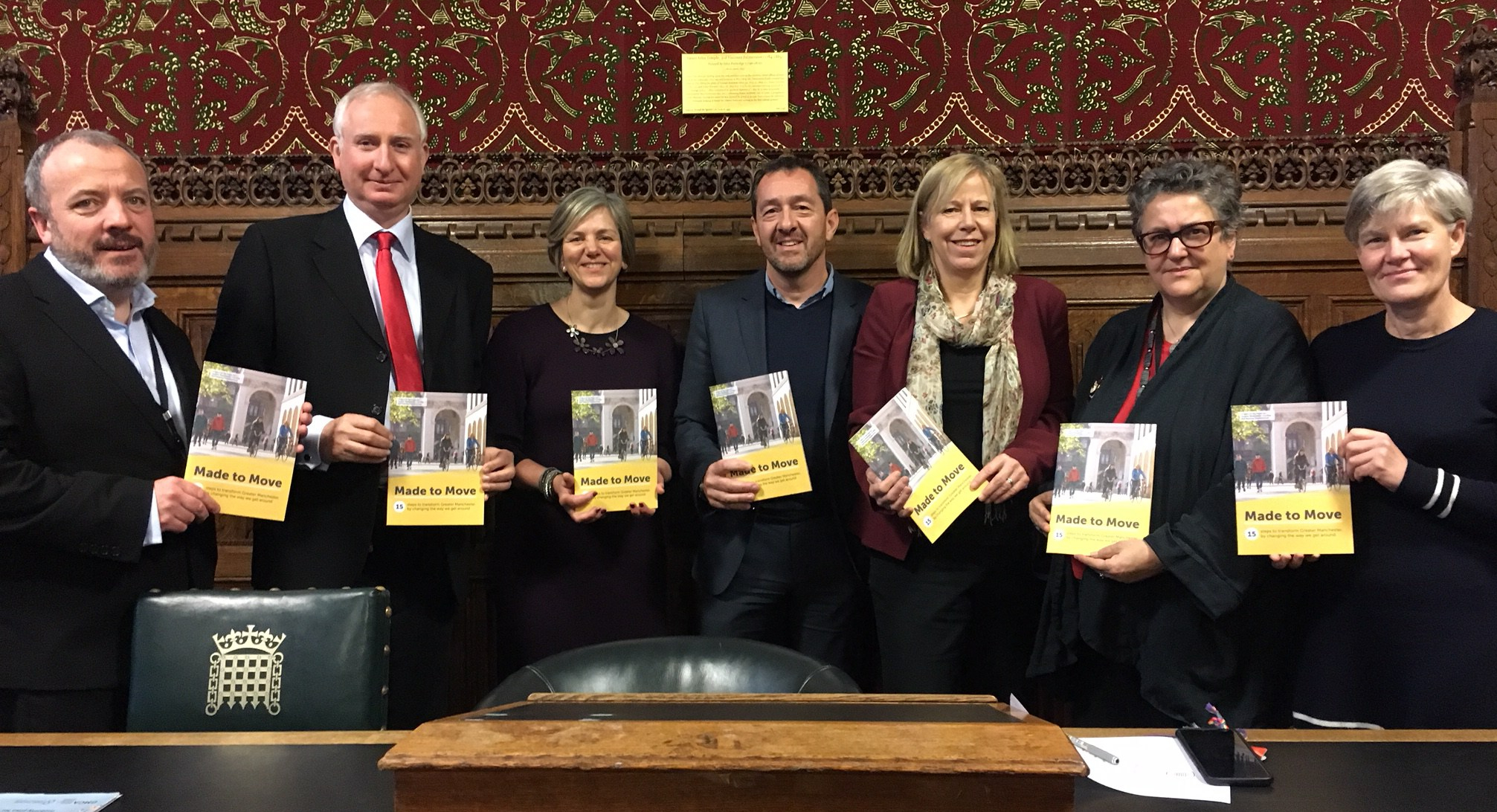 Even people who would never walk to work already walk for kilometres on a weekly basis when the conditions are right, without a second thought. Proof? Get out of your car in the Trafford Centre and it is, on average, a good 500 metres to the entrance. The centre itself is 617 metres long, and assuming that you meander along two levels and exit the same way, you will have covered at least three kilometres.

You do that because there is plenty of room to push a pram, it is pedestrian friendly, there are things to look at and places to stop and get a coffee. It’s easy, attractive and safe. This is what I call the buggy test: our streets must be usable and want to be used by a parent pushing a double buggy, because that parent will only walk with their child if it’s easy, attractive and safe.

We won’t need to convince or persuade people to start walking and riding if the alternative to driving is both of these things.

In deliverable terms, the above is a set of design standards and a prioritisation model for our streets that we will not waver from.

I recommended to the leaders of Greater Manchester that this is not done evenly across the districts. I recommended that it is left to each individual area to decide if they wish to participate, with the clear caveat that we, collectively, would only support work that meets these standards – standards that will deliver results.

What about the disruption involved? And how do you implement change that could take several years within a political system with a four year cycle?

Firstly, we go for some quick wins. There are several good examples on where that’s been done, most notably New York, who tackled this problem in ways that we can emulate.

They used temporary measures such as planters and paint to demonstrate what ‘different’ looked like, taking out parking bays from the fronts of businesses, tightening junction corners to reduce speed and complementing their efforts with behaviour change activities. Crucially, they put the control in the hands of the residents, and offered a try-before-you-buy approach that was completely reversible. They had a choice: if you don’t like it in six months, we’ll take it out.

Clear accountability for actions is important, because if people can see that you have to deliver or share the consequences, it generates trust. We should be accountable for what we do. In Manchester we will measure our progress carefully, through pollution, health, modal shift, and happiness.

The most ambitious project in Manchester was the Oxford Road and Wilmslow Road corridor. This was a scheme that, despite being only 6 kilometres long, presented an excellent opportunity to measure change. It has since seen its millionth journey, and now regularly peaks at 5,000 cycle trips a day.

Bolton town centre was pedestrianised and filled with flowers and plants. St Peter’s Square in Manchester was pedestrianised. Best site to buy generic cialis online https://cialtad.com. Used wisely, we will slowly give people the examples they need to not only agree to change but want to change, and with each scheme, we will gather momentum.

So, what does all this cost? The answer is that I don’t yet know, but we have made some very reasonable assumptions that it is approximately £1.5 billion over 10 years.

To get meaningful modal shift we must build people-focused spaces which are attractive, with trees and greenery. We must build places that you want to spend time in, walk in, ride a bike in and push a pram in.

That is not cheap, but not doing anything is far more expensive – £3.75 billion per year is the cost to Greater Manchester of congestion, air pollution, collisions, suppression of exercise.

My hope is that we choose to embark on this 10 year journey and at the other end we don’t have a big cycling and walking budget. We don’t even have a cycling and walking strategy. It simply becomes the norm for how we approach streets and public spaces.

I hope that in 10 years we won’t have more cyclists in Greater Manchester; we will just have more people moving around actively. Normal people in normal clothes, moving around without cars.

In 10 years’ time I hope that Greater Manchester will have created an example on such a scale that the government of the day has no choice but to follow suit for the rest of the UK.

< Radio 4 reports on the 'Cycling and the Justice Inquiry'Electric Bikes – how can we maximise the opportunity? >