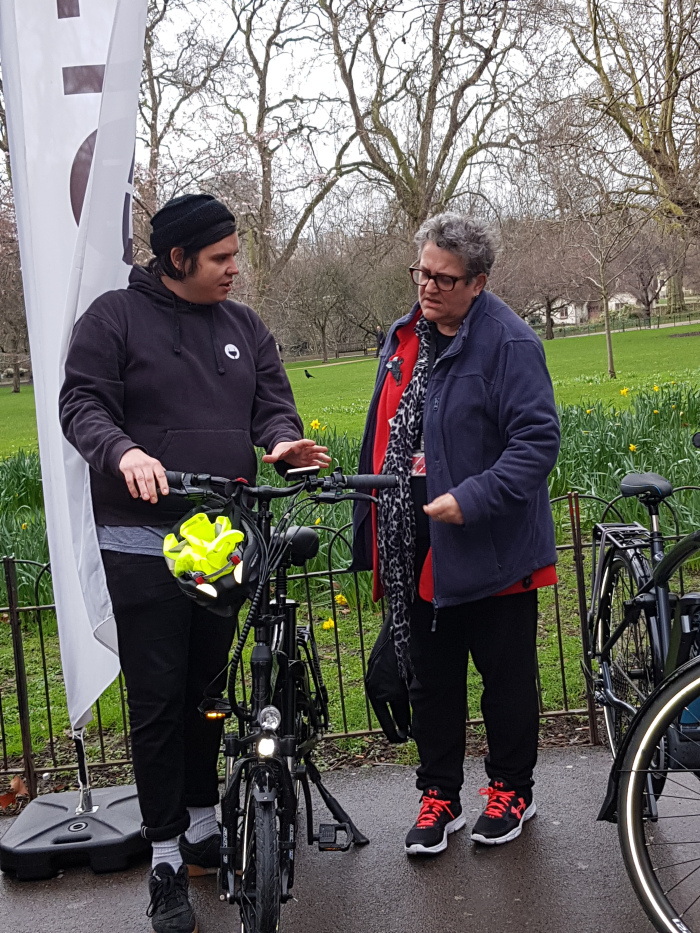 Electric Bikes – how can we maximise the opportunity? 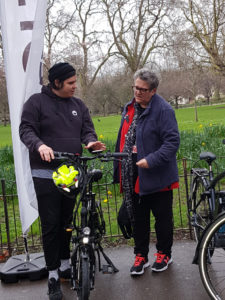 Steve Edgell, Chair of the Cycle to Work Alliance opened the session by pointing to the Cycle to Work Scheme as a ready-made mechanism for improving the accessibility of electric bikes, as the cost can be spread across a 12-month period with savings for the user. He noted that realising the full potential of electric bikes through the Scheme would require an increase to the Scheme limit, which is currently capped at £1,000.

He highlighted that the average cost of a commuter quality electric bike is around £2,250, meaning that e-bikes are widely unavailable through the Scheme, and that amending the Scheme to ensure electric bikes could be accessed through the Scheme would expand the benefits to a wide range of people – including older people who might be unable to walk or cycle long distances, those on lower incomes, those with high travel costs and disabled cyclists.

In his closing remarks, he called on government to consider how the Scheme could be used to increase the uptake of electric bikes, and open the market to new demographics who may not have cycled previously, and reiterated the case for the Scheme as a ready-made mechanism for delivering a step change in electric bike usage in the UK.

Will Butler-Adams, Brompton Bicycle Ltd highlighted that the UK is behind Europe in the electric bike market, and that a lot could be learned from the approach taken in different European countries. He went on to outline that the UK has a mental health and obesity challenge that can only be addressed by a string of public policy initiatives, and that electric bikes could play a role in addressing these challenges.

Mr Butler-Adams said that the Cycle to Work Scheme is a tried and tested ‘nudge tool’ of achieving an increase in cycling, so it could be extended to catalyse electric bike purchases. Overall, he pointed to the affordability of electric bikes – rather than cost alone – as a central barrier to increased uptake, arguing that the Cycle to Work Scheme would be the ideal mechanism because it is a tax efficient, salary-sacrificed employee benefit.

Laura Dyett, Behavioural Insights Team, Transport for London expressed TfL’s full support for policy changes to support the uptake of electric bikes, noting that it would be particularly beneficial for those over 55 years old, women, those with mobility problems, and those who face long journeys.

Ms Dyett suggested that the cost of electric bikes was still “prohibitive” for many, and that a decrease in costs would need to be accompanied by a wide-ranging educational piece on electric bikes for there to be a marked increase in up-take.

She closed her remarks be referencing a new website launching from TfL on Friday 16 March 2018, suggesting this might be something local authorities could replicate.

Phillip Darnton, Bicycle Association wished to put on record his support for an increase in the scheme limit.

Baroness Barker, Liberal Democrat Spokesperson for the Voluntary Sector and Social Enterprise, referenced Brixton-based disability cycling charity Wheels for Wellbeing, adding that adapted bikes had been tried out but struggled to gain widespread take-up from the disabled community.

She questioned whether using an electric bike is “cheating” on the physical benefits of exercise.

Will Butler-Adams replied that the scheme uplift is not a silver bullet for a health public policy benefit but is a “no brainer” nonetheless.

Terry Blackwood, Raleigh UK Ltd asked the panellists what data and evidence would be required to make the case to government and the Treasury for a scheme uplift.

A representative from Volt Bikes argued that there need to be additional incentives other than a scheme uplift because some groups in society – namely the retired – would not benefit from a work-based employee benefit.

Andrew Selous MP, Co-Chair of the APPG on Cycling said a list of available schemes and subsidy mechanisms may be instructive in reaching social groups and asked whether different legislative mechanisms had been considered.

Derek Craig, Free2Cycle suggested that the Treasury may be reluctant to increase the Scheme limit if it would only benefit higher rate tax payers, as this would only generate a short-term benefit for the Treasury.

In response, Steve Edgell pointed to data which shows that a majority of Cycle to Work Scheme users are basic rate tax payers.

Dan Jones, Riese & Muller asked whether Office for Low Emission Vehicle grants could be used to subsidise the cost of electric bike development and production.

A representative from the Motorcycle Industries Federation said there needs to be clear rules on the definition of an electric bike.

Roger Geffen, Cycling UK questioned how far the Cycle to Work Alliance and the APPG are “pushing at an open door” if the Office for Low Emission Vehicles could provide subsidies to electric bikes, alongside funding for electric and autonomous vehicles.

Adrian Warren, Cyclescheme pointed to existing figures that show how electric bikes can encourage cycling participation amongst demographics who may not otherwise cycle, adding there is a core of 500,000 new cyclists who could be the target market for an uptake in electric bikes.

In his new Mayor’s Transport Strategy, Sadiq Khan has set an ambitious target for 80 per cent of trips to be made by walking, cycling or public transport by 2041 (up from 64% now). By the same date, he also wants all Londoners to do the 20 minutes of active travel per day they need to stay healthy

As such, we have a significant investment programme aimed at increasing cycling. A focus of this programme is on providing new and improved cycle routes including Cycle Superhighways, Quietways and routes provided within Liveable Neighbourhoods and Mini-Holland project areas

However, we recognise that providing cycle routes will not address all barriers to cycling

This includes someone not feeling fit enough to cycle, having a mobility impairment that makes cycling hard, needing to make a long journey, making a journey in a hilly area and carrying luggage or cargo

From our own research, we know that 22% of non-cyclists are deterred from cycling due to not feeling fit enough or thinking they are too old and 16% because they live too far to cycle to work

Therefore, we believe that e-bikes are a great way of overcoming some of the main barriers to cycling

We have five key audiences based on who we particularly feel e-bikes will appeal to and where we know there is the greatest potential for cycling trips. They are:

Our plans to promote the use of e-bikes in London

We believe the biggest barriers to e-bike use are a lack of awareness and understanding of e-bikes and the high cost of purchase. We believe that to really understand the benefits of e-bikes you need to experience riding one for yourself

On Friday 16 March, we will be launching a new website (http://ebikes.london) where Londoners can go to find free e-bike test ride opportunities in their local area and e-bike purchase offers such as discounts, free accessories and free servicing. This website has been developed, and is being hosted for us, by the Association of Cycle Traders

Over 60 e-bike retailers and manufacturers have signed up to provide the test ride opportunities and purchase offers. This includes national retailers, e-bike specialist retailers and local bike shops

We are also improving the e-bike content on the TfL website (www.tfl.gov.uk/electric-bikes) so that it links out to our new website and explains what e-bikes are, their benefits, how to stay safe and keep your e-bike secure

We are running a four-week digital advertising campaign to raise awareness of e-bikes and direct people to our new website. Buy modafinil sleeping pills from https://modafprovig.com canadian online pharmacy overnight shipping. We are also promoting this campaign through our own channels (e.g. social media, our email database) and have asked boroughs, stakeholder groups and the industry to promote through their channels

Could this approach be trialled elsewhere in the UK?

Yes, if what we do proves to be effective in increasing e-bike use then other local transport authorities may want to consider adopting the same approach

The project has the potential to reach a large number of people for quite a small budget. It is very scalable depending on the budget available. Once the website is set up then any remaining budget can be spent on promotion

Steve Edgell, Director of Cycle Solutions and Chair of the Cycle to Work Alliance, speaker notes:

Outlining the benefits of electric bikes, particularly in line with the benefits we already see through the Scheme

Accessing electric bikes through the Scheme

Changes need to facilitate access to electric bikes through the Scheme