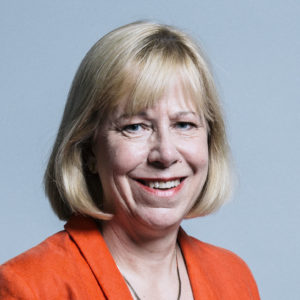 It is a pleasure to serve under your chairmanship, Mrs Moon, in this important debate.

We have had so many statements from the Government and debates in this House about one or more of the issues of congestion, air pollution, obesity, diabetes, poor physical and mental health, and the decline in our high streets’ economies. I have two solutions to all those, which do not cost a lot to the public purse or to our constituents: cycling and walking. I shall focus mainly on the first: more people cycling more often to work, school, the shops, to visit friends and family and all those other journeys that we take as part of day-to-day life.

Unfortunately, too few people in this country cycle regularly. The single greatest reason why British people, most of whom own bikes, do not cycle as part of their daily or weekly activities is fear for their safety. If the road culture and infrastructure were safer, more people would cycle. So we need to normalise cycling, as many of our competitor countries have done, as a safe and convenient activity for people of all ages and abilities, with all the health, environmental, economic and quality of life benefits that that would yield. We can do that only if the Government focus on the safety of those who are on bikes and on foot.

I want to express my concern at the Government’s announcement of a new review specifically of cycling offences in 2017 in response to one admittedly awful case involving a pedestrian killed in a collision with Charlie Alliston, who was illegally riding a fixed-wheel bike, which illegally lacked a front brake, on the road. I believe a much wider overhaul of our laws is needed, as promised by Ministers more than four years ago.

I shall focus on the key issues that reflect the five main headings of the “safe systems” approach adopted in the Government’s road safety statement. On safer roads and junctions, we were promised new standards for cycle-friendly planning so that they consistently applied in all new roads and traffic schemes, new developments and planned highway maintenance works. It cannot be right that new housing estates are built in this country with not only no segregated cycle paths, but sometimes no footways, either. The Government should show leadership in all new developments, housing schemes, rail infrastructure and major roads, as well as leading on retrofitting our existing urban and rural infrastructure.

We need work in every town and city so that we can all be served with a safe network of segregated cycle routes on main roads, safe quietways on minor roads, and safe accessible places to lock or store cycles, and that needs a shift of some—not a lot, proportionately—of transport capital funding. The earmarked UK Government spending for cycling and walking in 2019-20 will decline to just 37p per person: just a fraction of the £10 per head called for by my group, the all-party parliamentary group on cycling, in our 2013 “Get Britain Cycling” report and by the Transport Committee’s own 2014 report on cycle safety.

We ask that the Government adopt continental-style rules to give greater safety and priority to pedestrians and cyclists at junctions, as promoted by British Cycling’s “Turning the Corner” campaign. This is based on the principle that drivers turning at a junction give way to pedestrians and cyclists travelling straight ahead across their path. We hope that that will be incorporated into The Highway Code.

We need to build a nation of safer drivers. It goes without saying that all road users should respect the rules of the road and the safety of others, which means a combination of education and enforcement, as other speakers have said today. We need better driver awareness of cycle safety, including new and consistent advice in The Highway Code, to be reinforced through public awareness campaigns. We need to strengthen roads policing and the capacity to enforce. We need to review traffic laws and penalties to clarify, for instance, the distinction between careless and dangerous offences. We need to make use of driving bans, reducing the ability of convicted drivers to evade such bans, and we need tougher penalties overall.

We must invest in cycle training for children and adults to give them more confidence in cycling on the roads. Provision is currently a postcode lottery. Such training also leads to safe driving behaviour for those who have experienced it. After all, HGV drivers regularly include cycle training as part of their driving training. I had hoped to mention more of the recommendations today, but time is short. We look forward to working with the Ministeron the recommendations.