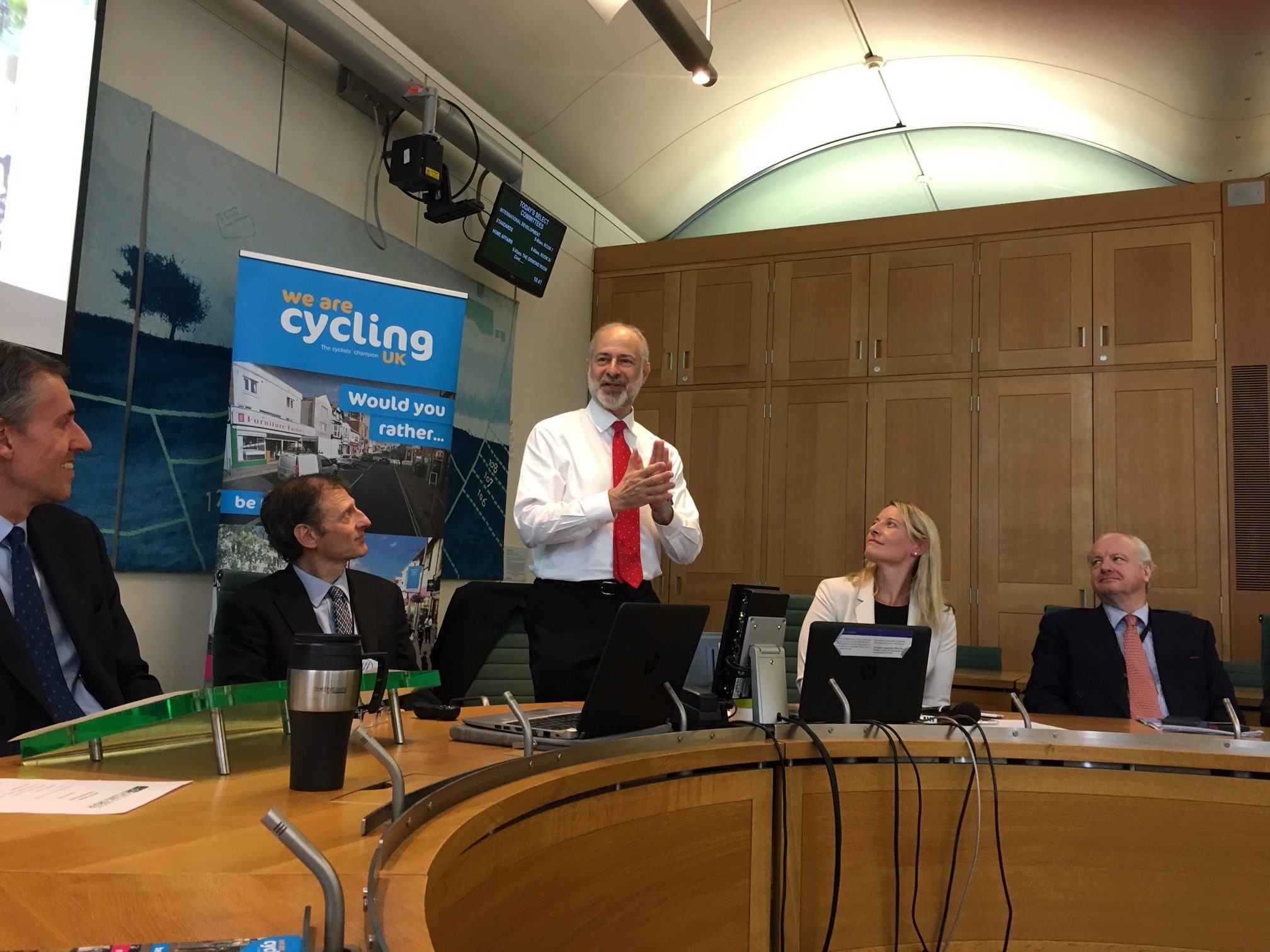 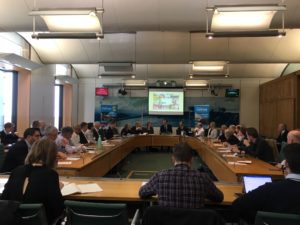 Roger presented a potted history of funding for cycling in the UK. The 2013 “Get Britain Cycling” report had led to the target to increase cycling as a percentage of trips from 2% to 10% by 2025, and 25% by 2050. The report had also provided an important platform for the Cycling and Walking Strategy (CWIS), which was adopted in 2017 and proposed a 5-year investment of £1.2 bn, which has now risen to close to £2bn. While a move in the right direction, this figure still represented annual spend per person outside London of just £7.50 for walking and cycling, well below the recommended spend of £10 per person per year.

Lynn highlighted a number of successful active travel programmes from the last 15 years. These have provided a strong body of evidence about the benefits of investing and identified critical success factors.

A number of lessons about the basis of success can be drawn from these success stories:

Increased cycling requires both capital and revenue investment – either on its own is less effective.

Investment is more effective if it takes place over an extended time period (10+ years). Stop-start funding makes it difficult to engage partners, retain staff and expertise, and maintain momentum. Agreements should be signed for 15 years, and local authorities should employ permanent staff to build internal expertise, rather than use consultants.

Competitive funding means many areas lose out. A few local authorities have the expertise and knowledge to attract funding. Those with less experience tend to lose out in bids. To address this, there should be a body that can advise authorities, share expertise and knowledge with them, and provide them with technical expertise in design and engineering. Money should be allocated not through competitive rounds, but by rewarding authorities that commit to design complete networks, employ permanent staff, and allocate road space to cycle lanes.

European cities that have high levels of walking and cycling have 8 common features – consistent political support;  spend of £10-35 per head on cycle infrastructure and services: periodic investment in expensive infrastructure ; continuous development of a network of cycle paths;  reallocation of road capacity and car parking to make great cycle routes; traffic calming and speeds less than 20mph on 75% of the road network;  strategies to discourage car use; and land use policies that create a compact city rather than urban sprawl.

A model is being developed to aid policy planning. This will outline the impact that current investment levels in England will have on rates of cycling and walking, and show the additional investment needed to meet CWIS aims and targets. The DfT is starting to use the model.

Doubling cycling in the UK in the next 6 years will require major expenditure, rapid ramp-up, funding continuity, investment across the country, increased local authority capacity, and a supportive policy context.

Cllr Bartington said that although progress is being made in her authority to embed cycling in policy thinking, there are still many examples of authorities making decisions on infrastructure, housing and other areas that don’t consider or address the needs of cyclists sufficiently.

She then outlined some of the key considerations in shifting political debate and creating momentum in policy development. There are strong arguments that can and must be made to make the case for increased funding for cycling. The environmental, economic and health benefits of cycling offer a powerful win-win-win, but the public and politicians need to be made more aware of them. Better positioning of cycling as part of a cleaner and greener world, and the role of cycling in reducing car use and congestion, need to be communicated more widely and more powerfully. Stronger impact on funding decisions also requires better collection and dissemination of data.

Fabian outlined some of the challenges facing cyclists in Leeds, the largest city in Europe without a rail-based public transport system. Problems include taxis using and blocking cycle lanes; flaws in the planning and design of infrastructure for cyclists; bus stops sited on cycle lanes; people parking in cycle lanes; and poor procedures and processes at railway stations and lack of awareness from rail staff.

Most questioners asked how the debate can be changed from focus on what investment is needed, to how change can be delivered. The UK cycling community should take lessons from how change was secured in other cities on issues like safer lorries and sensible road-charging. There is a strong feeling that the evidence required exists, but it needs to be used more effectively so as to move from talk to action.

It was noted that progress was accelerated in Holland when people grew impatient at lack of progress and became more ‘activist’. The UK needs to ask – how to best use the evidence we have got? What are the ideas and arguments that will have most impact? What issues will resonate most with policy-makers and decision- makers? Who are the key decision-makers and influencers? How can application processes for funding be simplified?

Thanks for Chris Strutt for this report

< Photos from the 2019 Parliamentary Bike RideCycling and the Workplace meeting >