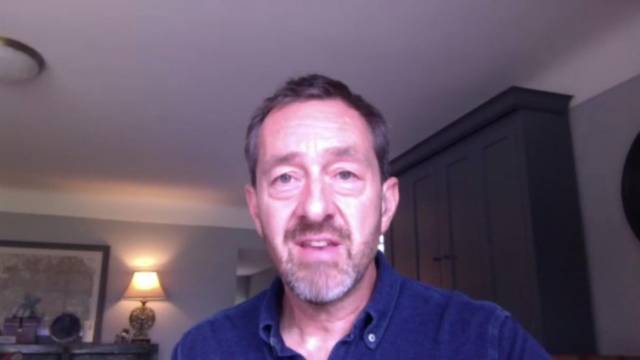 We all know that using bikes to get around is a good thing. We know it drops pollution, improves health, it’s cheap, it’s space efficient, it’s quiet, it enhances our society like no other form of transport bar walking. But in my opinion, right now, none of those things should be front and centre.

Creating emergency transport provision, will, as a spin-off, create an environment where these things can come to fruition. But talking about future advantages right now, may spark irritation, anger and accusations of using a crisis for a land-grab. Particularly if people are sat in a traffic jam looking over at an empty, coned-off lane.

So my strong advise is focus on the crisis. This is the common ground we all share. It’s ‘our’ problem. It might sound like semantics, but right now, coms is more important than it will ever be.

People will change behaviour to help, and tolerate inconvenience but only if they see an action as helping with something they care, or are worried about.

This is the approach I’m trying to foster for Greater Manchester and I hope some of these thoughts might be helpful to you and your situation.

Social justice is a strong reason for change, it helps politicians make tough and sometimes unpopular decisions and it also makes those decisions more tolerable for the public:

In Greater Manchester one third of households do not have access to a car, (I believe the average for the rest of the UK is about 1/4) so they are reliant on public transport. On a standard day, there are 300,000 trips on public transport of 3 miles or less.

For the next few months at least, public transport will be limited to about 20% occupancy. that means, every day 240,000 people will not be able to travel in this way if they’re to  comply with distancing guidelines.

To provide for them, we’d need to find 12,000 extra buses, which is clearly impossible. So 240,000 people, many without access to a car, must find a transport alternative or not travel to work, schools or shops.

3 miles would be 50min walk, longer with kids or shopping. Too long to do twice a day for most. But at a very leisurely ‘non cyclist’ pace, it’d be a 15-20mins ride.

Right now, it is not about all that good future-stuff, it’s about social justice, social inclusion, to make sure people who don’t have a car, have a safe travel choice.

Because we know from experience that if people don’t feel safe, they simply won’t ride, and we now have fresh, country-wide evidence, that if they do feel safe, they will and in their droves.

With 1950 levels of traffic, and whilst all other modes dropped 60-95% cycling increased everywhere, in some cases by as much as 300% on pre-lockdown levels. Yes there were other factors: key workers, needed to get to work without relying on a reduced public transport, we had unprecedented good weather, and people were just bored. But in our haste to find reasons why these stats don’t matter, the fact remains, people still chose to ride on-mass.

Even with a government requirement in place, the fear of changing the status quo remains, rationals like the afore mentioned, for not allocating road space are being constructed. Simply because of the fear of the unknown.

Officers, councillors and politicians are very wary of reallocating road space, it’s at the heart of our current dilemma.

And we shouldn’t dismiss those fears or try to prove them wrong; You can’t tell someone how to feel, and we can’t prove those fears are unfounded either.

But we can give people the means to deal with those concerns and combined with an irrefutable social justice case, it might be enough to get meaningful change.

I think we have 5 very strong reasons to help us take that step:

Temporary – It is only here for a short term, if we want to take it out later

Government Mandated – Government require us to do this, it’s not my choice.

Government Funded – These are emergency funds that can’t be spent on anything else.

So before we get cries of wasting public money, no one will use it, it’s causing gridlock and pollution. We can publicly build this case and ensure these activities are seen as addressing our problem, and give people reasons to support, reasons they can relate to.

At some point, certainly for the first days and even weeks, it’s likely people will be sat in a car in a jam, looking over at a near empty lane.

Before they get there, they need to see messaging on social media and in the local papers  along the lines of:

‘We appreciate that many will choose to drive rather take the train, tram or bus at this time but there simply won’t be room for everyone to do that. And for 1/3rd of GM household it isn’t even a choice. We have to remember that. We don’t have 12,000 extra bus’s to solve that and we have a moral obligation to give people a safe travel option. I’m sure drivers wouldn’t want us to penalise those that don’t have that choice, in fact we hope many will choose to join them and free up vital space for those that have no alternative.’

And whilst they are sat in traffic, they look up at the lampposts and see signs that say things like:

‘Not everyone has a car, we are looking after everyone. Thanks for your patience’

‘Thanks for your patience, this lane is for those who normally rely on public transport’.

‘If you can ride, you’re helping free up space for those that can’t. Thank you!’

I believe, as we head into this next phase, this is how we should approach what is likely to be a once in a lifetime scenario, to help now and, as a hugely viable spin-off, find out if people want to keep riding in the future.

Because that is the unspoken 6th reason to take a political risk: This  is the ultimate consolation opportunity, it comes with with a moral reason, funding and political cover.

Rather than ask people what they think about plans for their street, we can find out if they like it, with planters, cones and paint, they can try it out.

If after a few months people want to go back to traffic and pavements covered in cars, then no harm done, remove the cones and planters and we can carry on. But if they do like it, cones can be replaced with lanes and planters with permeant bollards.

Which ever school of thought turns out to be true, the experiment will have been worth it.

< A manifesto for walking and cyclingNews stories - June 2020 >